It is the End of the World as You Know It. Get Out Before it is too Late! 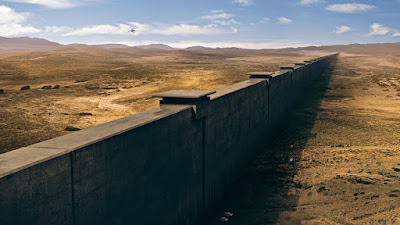 April 08, 2018 00:44 - After the now 12 suspensions, 4 yesterday alone, for doing absolutely nothing wrong, (I do not swear at people or threaten or do anything else illegal or outrageous, I never insult people or try to intimidate, I just try to wake them up to truths that they are not allowed to know), we are working on other things that all of our eternal "waking up" on Twitter were taking time away from but I must say a few more words on this in order for you to fully understand what they are doing if it is not already clear. 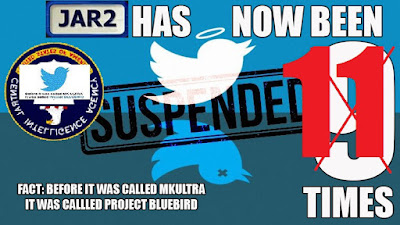 Since 911 I have investigated those events and intelligence related operations and have been active on the Internet since the day it was created and I can ensure you that what we are seeing with social media and in this case, with Twitter in particular, is an active real-time psychological operation attempting to manipulate and mass-mind control millions of people.

What we are seeing happening in the world today, right now, is what those in the truth community have been trying to tell the world for years now, and now everything that was predicted by those of who have been dismissed as "Conspiracy Theorists" and insane tin-foil-hat-wearing loons is coming true.

The worst part of all of it are the insane lengths they are going to suppress the truth. I just did a search on Twitter for JAR2. The only persons who have bothered to say anything about my suspensions are Anons, and only a couple and now the Psychological Operations lunatics have put out a tag Kuki_JAR2 so any search for JAR2 leads to that and no one will find out about anything that happened to me. What they are guilty of is criminal, in Russia at least, this specific targeting of a journalist and truther and their specific support of Ukrainian nazi filth who call children burned alive in Kemerova animals.

Those are the creatures who run the CIA and MOSSAD and the Ukrainian SBU, and those are the demons I have been fighting. Unfortunately they have unlimited resources and personnel and all I have are a few supporters and a site. However this shows me that my conclusion to the Skripal affair is probably about 98% right on the money and the Robert Steele and Litvinenko revelations added to that were reason enough for them to NUKE me right off of Twitter. By their own actions they have lost any credibility they had.

Finally my dear readers we are entering the darkest of times. If they get away with their plans for the "New World Order", which they will do in the West as there is no one who can stop them now, soon they will disarm the population (already happening) and launch another mass-casualty false flag and call up the REX 84 protocols and intern and execute millions upon millions of innocent people and eradicate millions more with a biological genocide.

I have never gone that far openly but that is what the evidence shows is happening.

Unfortunately there is no one left who you can trust in the West for the truth. Assange, Snow Den and even Alex Jones have proven themselves to be participants in Psychological Operations and Limited Hangouts and entrapment operations. Time has shown this to be true as well. I am sorry I could not do more and I implore you all to get out if you can while you have the chance.

I will tell you one final thing right now, the wall, as I said and warned earlier, will be built not to keep out some poor Mexican farm workers or non-existent terrorists, but to keep Americans in!!!

Every year around my birthday the scum who have been targetting me plan something and given that they think my only donations were coming from Twitter this may have had something to do with it too. However I think it is my Skripal work and what I mentioned above. Regardless please support the site and make a small donation today.